Welcome to the home of EVAA

EVAA (Experimental Virtual Archaeological-Acoustics) is a directive/umbrella project centralizing a variety projects focusing on heritage acoustics research and the use of acoustic simulations and virtual reality as part of the Past Has Ears. Our goals are to facilite and coordinate research in this area, and encouraging collaborations and communications between researchers in various field interested in acoustic cultural heritage.

EVAA is supported by the Collegium Musicae Institute, Sorbonne Université. 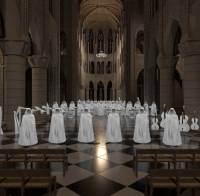 The Ghost Orchestra project is a joint effort, originating from the intersection of two research projects on historic acoustic simulations (ANR-ECHO) and binaural audio rendering (FUI-BiLi) focusing on the virtual reconstruction of an orchestral concert in the Cathedral of Notre-Dame, Paris.

The project investigates our perception of space through sound and images. The journey starts with a concert, organized to celebrate the 850th birthday of the Notre-Dame de Paris cathedral, staging a symphonic orchestra accompanying soloists and choirs through J. Massenet oratorio “La Vierge” (The Virgin). Although brilliant, this performance was nonetheless ephemeral, offering this 19th century piece augmented by this edifice of such peculiar acoustics to a privileged few.

In conjunction with the concert, the Conservatoire National Supérieure recorded the event, with each instrument section and soloists being carefully recorded. In an attempt to explore the possibility of recreating this concert event for future spectators, providing a spatially accurate rendition of the concert and allowing one to navigate within the cathedral and experience different acoustic perspectives, the Ghost Orchestra Project was launched.

The Cloud Theatre project proposes to create realistic auralizations for applications in historic research in the field of the performing arts. The French project ANR-ECHO studies the use of voice in the recent history of theater. It is a multi-disciplinary project which combines the efforts of historians, theater scientists, and acousticians. In the scope of this project an audio-visual simulation was created which combines auralizations with visualizations of former configurations of the Théâtre de l'Athénée over a series of renovations, enabling researchers to realistically perceive theater performances in foregone rooms. Simulations include the room, 2 actors on stage, and an audience. To achieve these simulation, architectural plans were studied from archives providing various details of the different theater configurations, from which the corresponding visual and room acoustic geometrical acoustics (GA) models were created. The resulting simulations allow for 360° audio-visual presentations at various positions in the theater using commercial standard hardware.

At the end of the 19th century, an assistant professor of physics at Harvard University named Wallace Clement Sabine undertook the task of correcting the acoustics of the Fogg Art Museum Lecture Hall. Rather than merely correcting the acoustics, Sabine’s work on this acoustically difficult space (semi-circular, domed, with arched perimeter) formed the basis for his monumental research on reverberation time and absorption. This work and its subsequent publication established Room Acoustics as a real science, rather than guesswork and luck. During the next 70 years the room underwent several large renovations, and was demolished to make space for student housing in 1973. Learning of the impending demolition, one of the authors was fortunately able to access the room, making several room impulse response measurements the day prior to its final destruction. A computational room acoustics model has been created using architectural plans and the few available photographs. The historically important impulse response measurements of the room provide a reference calibration for the model. The geometrical model includes the various architectural phases of the room during its lifetime. Through simulation and auralization these versions of the room are restored in acoustical terms, allowing one to “experience” an educated rendering of the original acoustics as Sabine found it in 1895. The results of this study, in particular the geometrical model, have are available for public use, to allow future room acoustics students and researchers the opportunity to aurally follow in Sabine’s footsteps.

This starter grant from the Collegium Musicae Institute to the Institut Jean Le Rond ∂’Alembert financed the development of a real-time convolution engine support dynamic source orientation to promote research on the influence of room acoustics on the performance of musicians. The developed engine, in the form of a VST audio plug-in supporting source and receiver support in 3rd order HOA, was presented as a paper at the ISRA 2019 conference.

EVAA_Ver : Multimodal study of the influence of rooms on playing techniques of musicians on 17th and 18th century instruments at Versailles (2019-2022)

The PhD project consists of assisting in the creation of a real-time room acoustic simulator for use with musicians, taking into account the musicians movements and the impact of dynamic source directivity. The simulator will be put into use for studying the impact of room acoustics on musicians playing, focusing on comparisons between Baroque chamber music venues and classical period equivalents (Berlioz time). The thesis work will contribute to the research and documentation of pertinent venues, acoustic measurements of existing venues, and the creation of ecologically valid geometrical acoustics models of some of these venues. The thesis will include a series of perceptual studies examining the impact of acoustic variations on playing, in the context of historically informed performance methods.

Reconstruction of the organ and chapel of the Sorbonne

The PhD project consists of the virtual reconstruction of the organ and the acoustics of the chapel, based on available documentation. The goal is a numerical simulation of the acoustic functioning of the pipes of the organ, the radiation of these pipes in the buffet, and the acoustic radiation of the buffet into the church. While most of the modeling components of these elements are known and described by acoustic theories, the modeling and simulation of the whole represents a major scientific challenge: over a thousand pipes (1365 to be precise) represent an ensemble of non-linear acoustic oscillators that radiate in a subspace (the buffet), itself coupled to the acoustic volume of the chapel. Such a numerical simulation of the instrument, based on documented construction details, should provide a means to listen to the virtual instrument from different positions in the chapel: organ stand, choir, nave… This simulation will bring to the foreground one of the historic treasures of the university and the city of Paris, prior to the scheduling of any restoration efforts.

PHÉnix : The Past Has Ears

PHE is a collaborative research project. Partners in the project include researchers from a wide range of disciplines focusing on room acoustics as an important aspect of cultural heritage. Funding has been provided by the EU JPI Cultural Heritage project PHE. 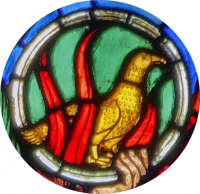 When we think about great architectural achievements in European history, such as ancient amphitheatres or gothic cathedrals, their importance is strongly tied to their acoustic environment. The acoustics of a site is an intangible consequence of the space’s tangible construction and furnishings. It is ephemeral, while also a concrete result of the physical nature of the environment. Through the “Past Has Ears” project (the PHE project), we will explore how via measurements, research, and virtual reconstructions the acoustics of heritage spaces can be documented, reconstructed, and experienced for spaces both existing and in various altered states. Inspired by the project’s namesake (Phé, for the constellation Phoenix), and the recent fires at Notre Dame Cathedral in Paris (2019) and Teatro La Fenice opera hall (1996, also meaning Phoenix), PHE focuses on the preservation, conservation, and reconstruction of heritage sites, bringing them back from the ashes for use by researchers, stake holders, cultural institutions, and the general public. Comprising research teams with experience in acoustic reconstructions and historical research, paired with national heritage monuments of acoustic importance, the consortium will develop a joint methodology for addressing relevant archaeological acoustics issues across Europe with historians of different disciplines. Specialists in tangible/intangible cultural heritage legal issues ensure the viability and longevity of the methodology guidelines. The consortium will prototype next generation exploration tools for presenting digital acoustic reconstructions to scientists and museum visitors alike. Results will be evaluated with associated test heritage sites, created in partnership with stakeholders and experienced content producers. Presentation methods provide first-person in-situ or offsite explorations, with the ability to experience various historical periods. For deteriorated sites, this approach provides access to situations impossible to experience onsite.

PHEND : The Past Has Ears at Notre Dame

PHEND is a French collaborative research project funded by the ANR. Partners in the project include researchers from a wide range of disciplines, all with an interest in the sonic history of the Notre-Dame cathedral. 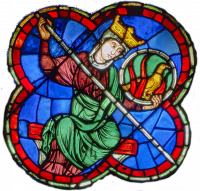 When we think about great architectural achievements in history, such as Gothic cathedrals, their importance is strongly tied to their acoustic environment. The acoustics of a heritage site is an intangible consequence of the space’s tangible construction and furnishings. It is ephemeral, while also a concrete result of the physical nature of the environment. Through this project, we will explore how via measurements, research, and virtual reconstructions the acoustics of one of France’s most notable heritage spaces can be documented, reconstructed, and experienced by both researchers and the general public. Inspired by the project’s namesake (Phé, for the constellation Phoenix), the project focuses on the digital reconstruction of Notre-Dame de Paris, a world heritage site, bringing it back from the ashes, examining its evolution and importance in history, and working with the restoration team on its future. The consortium comprises research teams in SHS and STIC, with experience in historical, musical, architectural, and acoustical research.

The I.M.A.P.I project (Interprétation Musicale en Acoustique Patrimoniale Immersive) is part of the archaeo-acoustic framework and consists of an attempt to recreate the historical ambiances of a major heritage site for music in the Mediterranean region: the Pontifical Chapel of the Palace of the Popes in Avignon. This building, which was one of the major centers of polyphony in the 14th century, is still today one of the most suitable places in the region for the interpretation of medieval vocal music as instrumental music. The aim is to question the listening of 14th century heritage music through a corpus of polyphonic works, interpreted via an immersive virtual acoustic environment reproducing the papal chapel around 1362. This reconstruction will enable exploring new avenues of research into historically informed musical practices and the interaction between the musical gesture and sound space with which it resonates.

Inquiries regarding EVAA should be addressed to brian.katz@sorbonne-universite.fr

Except where otherwise noted, content on this wiki is licensed under the following license: CC Attribution-Share Alike 4.0 International